A destination to get carried away about travel and adventures. Keep up to date with all our news, latest trips, best photos and unique experiences on the Pacific Trailways Blog.

Email me when new posts are made to this blog

The plane and the history.


The Fabulous Douglas DC3
Modern aircraft are very safe, efficient and economical and carry passengers all over the globe. The classic DC3 can claim to be all of the above, but boasts more charm, character and history than virtually any other airliner ever built. The sound of the powerful radial engines alone is enough to bring about imaginations of days gone by when times were not always simpler, but they sure sounded good.

Developed in the United States, the Douglas DC3 had a speed and range that revolutionised air transport in the 1930s and 1940s. DC3s played a key role during World War 2 and have had a lasting impact on the airline industry. A total of 16,079 DC3s were produced, and today more than 400 are still in commercial service around the world.   The DC3 airliner revolutionised air travel with a strong and innovative design that featured the very best performance elements of the period. It’s enduring character and robust reputation was established in wartime and sealed in faithful airline service that extended into the 1960’s and beyond. Today, the DC3’s gracious charm, sedate speed and lower altitude cruising make it an ideal choice for scenic flightseeing and comfortable air touring. 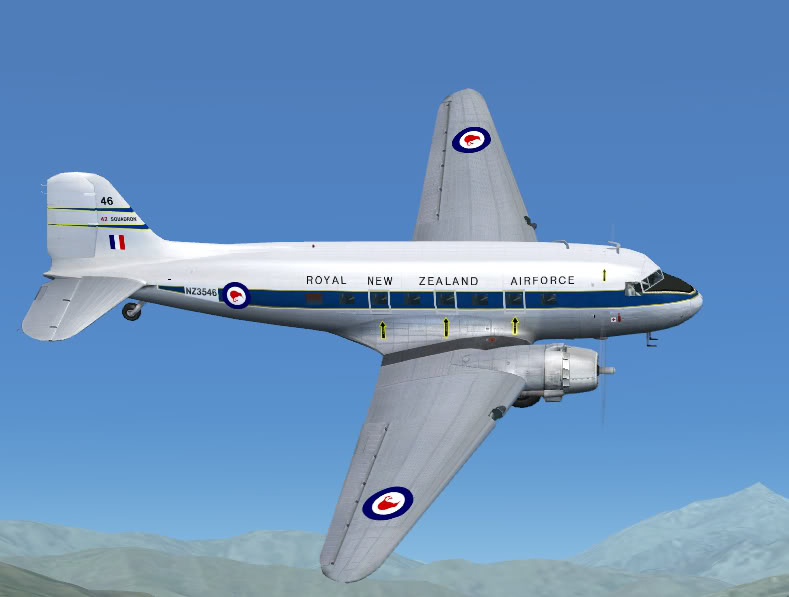 DC3 For New Zealand Touring
Built in 1944 as a C-47B by the Douglas Aircraft Company (in Oklahoma City) her initial service was in the continental United States. Conversion to a C-47D in 1946 was followed by service in Japan, the Philippines, Hong Kong, New Guinea and Australia.

In 1987 she was purchased by a group of New Zealand pilots and Warbird members and brought to New Zealand for an extensive rebuild. Inside ZK-DAK today you will find a pleasant, commercially styled cabin with two seats either side of the single aisle. The seats were sourced from a Boeing 767 and include standard airline seat belts. Generous square shaped windows offer pleasant outside viewing and photo opportunities. 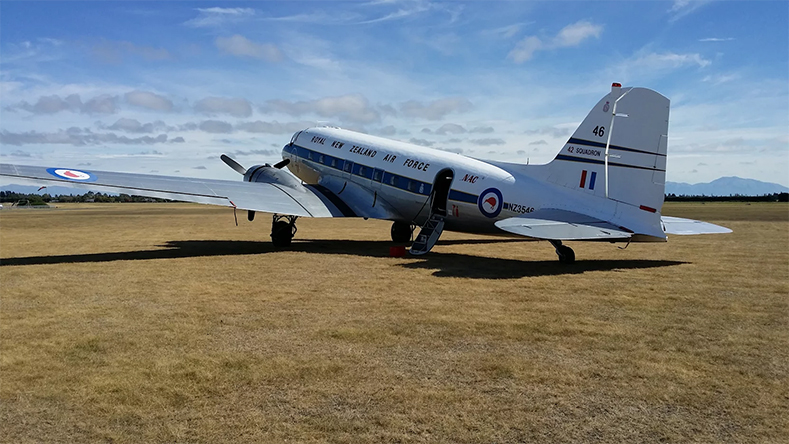 Touring In Style
Ideal for landing at smaller, secondary airfields, some with grass runways, the DC3 frequently brings tour guests right to their destination. Arriving in classic DC3 style often draws a crowd so there is sometimes a little of the rock star experience upon landing as curious bystanders look to see who could possibly be arriving on such an elegant aircraft.

For details on booking a tour on the DC3 and experiencing New Zealand like never before please contact us. 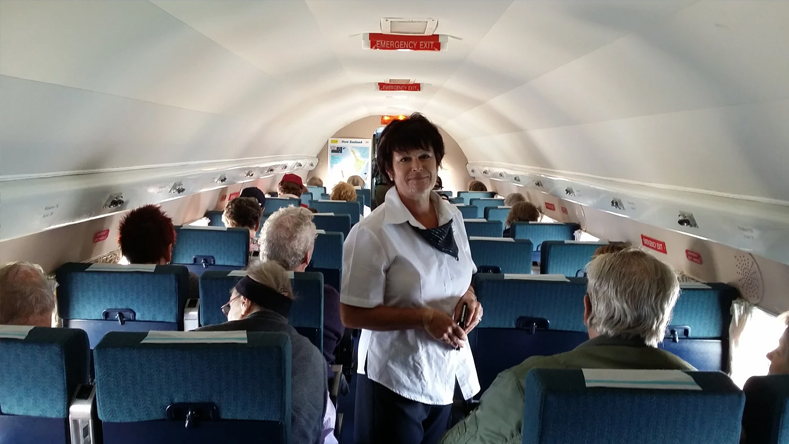 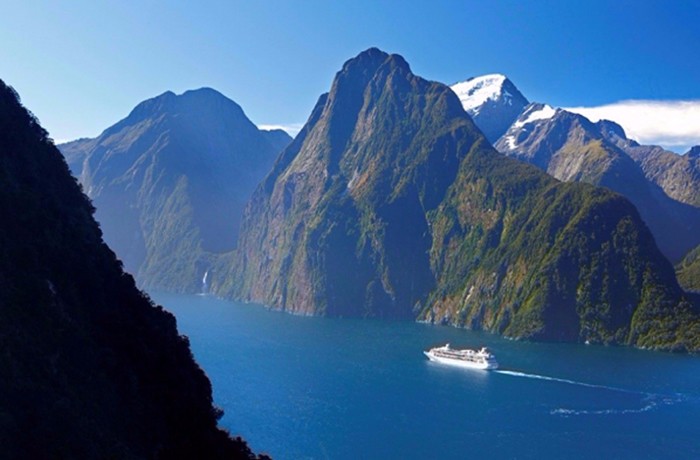 “Once you have tasted flight, you will forever walk the earth with your eyes turned skyward" ­ Leonardo da Vinci

Touring New Zealand is no doubt one of the most relaxing, exhilarating and beautiful holidays you can have in your lifetime. Normally you choose your destination, choose the mode of transport, sit back and soak up the scenery. You experience the wildlife and history of the place only to find yourself longing for more time to experience more places.

The new DC3 tours will offer the guest a unique vacation in New Zealand as they fly in the classic DC3 to experience the best way of seeing  the most spectacular countryside views you could imagine. These tours offer the chance to visit Northland including the Bay of Islands and Cape Reinga attractions. Other new DC3 tours visit Coromandel, Tauranga, Rotorua and Gisborne.

The unique DC3 air tours of some of  New Zealand's finest tourist attractions makes a vacation of a lifetime possible. Experience some of New Zealand's finest attractions such as The Coromandel, with its beautiful beaches, native forests and relaxing atmosphere, or the Bay of Plenty with golf courses, the best beach in NZ and the spectacular Mclaren Falls Park. In the North, visit the northernmost accessible tip of North Island that leads to the point where two seas meet, and where the Maori spirits leap from an 800 year old tree into the ocean to return to their ancestral homeland.

The New Zealand 13 day air tour 2017 will leave you saying to your friends how you saw some of New Zealand's most beautiful beaches and only marine volcano­ white Island ­ plus the geothermal wonders of Rotorua, all on the first day of your tour.Later in the tour you will see the Fiordland region and even the beauty of Stewart Island on an adventure never to be forgotten.

With our unique travel packages you will be staying in 3.5 to 5 star hotels and traveling on a DC3 that first flew in 1944 and has now been refitted to provide her passengers with a comfortable cabin with large windows, ideal for viewing and photo opportunities. The seats are from a Boeing 767 and provide ample comfort for the tour flights. Safety is the very first priority and your DC3 operator has earned a 5 year “ Airline Operating Certificate”. Your crew are experienced professionals operating to the highest standards.

Countless photo opportunities and endless talking points await you on your journey, maybe to Hokitika and onwards by coach to visit a jade gallery, try your hand at gold panning and of course, Monteith's Brewery. This is just one of the days you can experience with Pacific Trailways DC3 air tours.

You could experience an aerial view of  Franz Josef Glacier then Fox Glacier and our highest mountain, Aoraki Mt Cook. Visit Wanaka, Te Anau and  take a luxury coach trip along New Zealand's most scenic mountain road and onto Milford Sound for picture taking before visiting the Underwater observatory in Harrison Cove.

Visit our website for all the details and the air tour itineraries. 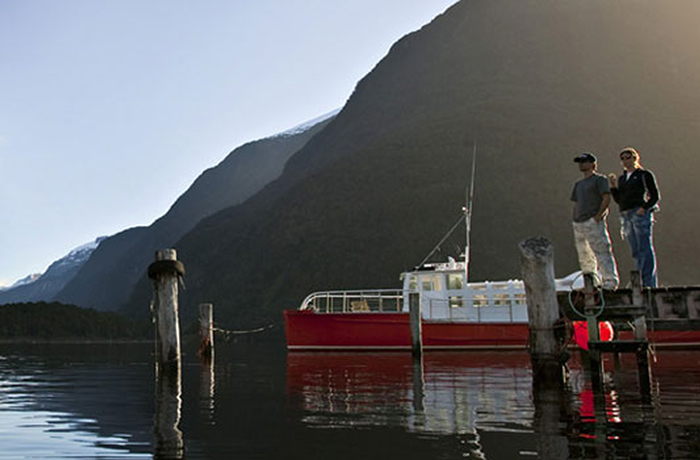 Adventure holidays don’t have to be adrenaline fueled.

Let's be honest, New Zealand is an amazingly diverse country, it has landscapes to take your breath away, waterways to thrill you or relax you, and seascapes to explore and discover a whole new world.

As a holiday destination, whether you are a native New Zealander or a visitor to this fine country the options are limitless. Relax, seek thrills, explore. Go by air, rail, by road or sea, you choose, it's your NZ vacation after all.

You can choose to relax whilst kayaking in Milford Sound, Fiordland or maybe enjoy a peaceful stroll in Abel Tasman National Park along the golden beaches. Discover the rock
carvings in Mine Bay, Lake Taupo whilst taking a swim, or visit Hobbiton Film set where the Lord Of The Rings was filmed and discover your inner Hobbit.For the wine lovers amongst us, Waiheke Island offers up some must try Vineyards like Mudbrick, Stonyridge, and Cable Bay.

We have cities with every kind of dining experience, we have culture, beaches, history, and glaciers. We have hot springs, and we have lakes to sit, relax, and stargaze by such as Lake Pukaki at Aoraki Mount Cook National Park.

So, how do you choose your New Zealand adventure? where do you start on your tour of all things NZ?

The adventure of a lifetime ­ Do Something Different!

If you feel really adventurous then join us on the air tour of a lifetime as we go on a 13 day DC3 flight adventure staying in some of the finest hotels and visiting almost every major tourist attraction there is, from Auckland, to Rotorua, to Wellington, Blenheim, the west coast, Wanaka, Milford Sound and Stewart Island­ with mini breaks in Queenstown and Dunedin. Then returning via Ashburton and Christchurch before landing back at Auckland, exhausted but hopefully full of awe and with enough conversation to keep you going til you return again.

There are other less adventurous adventures of course, shorter tours in the DC3 make the experience no less special and the destinations are simply stunning. What better way to discover this amazing country than in the best seat possible, with glamour, nostalgia and romance aplenty. We can take you on a journey across the South Island, the Bay of Plenty, New Plymouth and Northland to mention a few.There are even a few places, sometimes off the tourist trail that are well worth a visit. These include Coromandel, Tauranga and Gisborne, places you are sure never to forget.

As well as the DC3 air tour we cater for the more traditional holiday maker, the weekend breaker and the girly weekender.

Please free free to contact us for more information on our tours. We are always happy to answer all questions and hope to see you soon for the NZ vacation you will never forget.